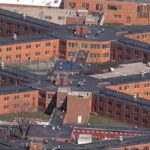 Despite the population reduction and investments in greater security and training, Incidents of crimes and rates of violence has increased in city jails. Violent incidents between persons under custody as well as attacks on NYC Corrections staff were all higher compared to ten years ago in FY 2008 – in some instances, as high as 258 percent. The City Department of Correction (DOC) budget expanded 3 percent to $1.39 billion in FY 2018 and the average annual cost per detainee broke a new record at over $300,000, according to a recent report by New York City Comptroller Scott M. Stringer.

“Safety in our jails must be one of our highest criminal justice priorities. Working towards closing Rikers Island and a record reduction in our incarcerated population is a start, but on our road to real reform, we’re seeing some numbers continue to move in the wrong direction,” said Comptroller Stringer. “The DOC is spending more money with more staff to guard fewer people, yet rates of violence and assault continue to rise which is troubling both for our detained population and for correction officers. We have to do better, and this analysis sheds a light on just how much work remains ahead of us.”

The rate of total “fight/assault” infractions grew by 2 percent in the last year to 1,354 events per 1,000 average daily population – more than three times higher than the rate in FY 2008. The rate of detainee assaults on staff grew for the second year to 110.4 incidents per 1,000. This is  an increase of 258 percent since FY 2008. Growth in the number of tort claims filed for personal injury at City Correction Facilities is continuing to rise 3,894 claims in FY 2018. This is nearly four times its level in FY 2008.