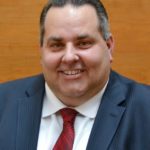 “We’ve come a long way since our inception 100 years ago, and I am proud to witness our union grow as we welcome new members and continue to be a transformative force in the industry,  said Joseph Geiger, Executive Secretary-Treasurer of the New York City District Council of Carpenters. “Although it has been a century, our ideals have remained the same: we guarantee every member a pathway to a stable, working class future through continuous support.”

In the last 100 years the Carpenters Union has proved to be a powerful and influencial voice in the construction industry. The union has been a leader fighting for safety standards and combating wage theft. They have been instrumental in efforts to improve working conditions and benefits for those working in the industry. Their excellent training program is a model for the country.

The union has consistently been active in   community activities and legislative matters. From lending a hand in Puerto Rico after Hurricane Maria devastated the island to rebuilding efforts in partnership with the Heart 9/11 Foundation. The organization has raised funds for the Jared Allen Homes for Wounded Warriors and involved in building handicap accessible houses for injured U.S. military veterans.