NEW YORK, N.Y.—“The subminimum wage is a poverty wage, and it should be ended immediately,” 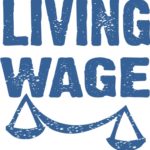 The department has been holding hearings around the state on whether to eliminate the lower minimum wage for workers who get tips. The RWDSU, along with Workers United NY NJ and 32BJ SEIU, is part of the One Fair Wage campaign, a statewide coalition of more than 30 unions, labor-related groups, and community organizations trying to get tipped workers paid the full minimum wage. Other members include the Restaurant Opportunities Centers United, the Tompkins County Workers Center, the National Law Employment Project, Make the Road New York, and two Planned Parenthood affiliates.

New York currently allows employers to pay workers who get tips less than the regular minimum wage, now $10.40 to $13 an hour. The tipped subminimum ranges from $7.50 to $11.05, from $1.80 to $4.05 less than the regular minimum, depending on what type of job they have, the size of the business they work for, and whether they’re in New York City, its suburbs, or upstate.

“Tipped workers are among the poorest workers in New York,” the One Fair Wage campaign says. Tipped restaurant workers in the state who work full-time year-round earn a median income of only $22,000 a year even with tips, it says. Nail-salon workers have a median income of $21,200, averaging $10.19 per hour including tips, and their base pay can be as low as $35 per day. Car-wash workers in New York report taking home as little as $125 a week, it adds, and routinely work 12- to 14-hour days, six or seven days a week.

One cause of problems, the campaign says, is that because the state has so many different subminimums, and they can be set lower if the workers brings in more tips, “there are many opportunities for wage theft and exploitation,” especially as many restaurants, car washes, and nail salons operate primarily in cash and with a largely immigrant workforce.

In restaurants, people generally expect to tip servers. But the car-wash industry, Rivera testified at the Bronx hearing, “there is no customary tipping practice. Is it 10%, 20%, $5, $1? Actually, many people don’t tip at all because they don’t know that these workers earn a subminimum wage that’s subsidized by tips.” The amount of work also varies widely depending on the weather, she added, so workers who depend on tips can’t count on a steady income.

At a New York City car wash where the RWDSU won workers a union contract, she continued, they get paid the full minimum wage plus tips, as well as paid vacation time. That “this car wash continues to thrive while paying its workers the full minimum wage,” she said, demonstrates “that the industry can do fine in the absence of a tipped wage.”

The Labor Department will consider whether to eliminate the tipped subminimum separately for the hospitality and miscellaneous sectors, a One Fair Wage spokesperson told LaborPress. “We don’t know how long the panel will take,” he said.

“We don’t want to end tips,” he added—but they should be something extra workers get on top of the minimum wage.