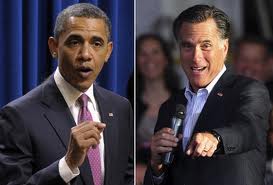 UTICA, N.Y. — A new Washington Times/Zogby Poll of 800 likely voters now shows President Barack Obama expanding his lead over former Massachusetts Governor Mitt Romney to 9 points – 50% to 41%. One in eleven voters (9%) are undecided. The live telephone survey was conducted on September 27-29 and has a margin of sampling error of +/- 3.5 percentage points.

By a factor of two to one (49% to 26%), voters say that they expect that the President will win the first debate on October 3. Voters are significantly more upbeat about their personal finances with 46% saying they are better off than they were four years ago and 49% saying that are not. There was a wide partisan chasm on this question. Significantly, majorities of the youngest and oldest voters feel they are better off.

Pollster John Zogby said, “The October 3 debate can help significantly if Romney scores a knockout, puts the President on the defensive, and reveals some details on how his economic plan actually translates into jobs and growth. He will also be helped by any gaffe by the President, or anything that will allow the press to focus more attention on the President’s problems, and less on the Governor’s. We have been talking about historical parallels to this election. Is it Carter vs. Reagan in 1980? Bush vs. Kerry in 2004? Or perhaps it can be Clinton vs. Dole in 1996? Mr. Romney has learned that it is not going to be enough to be just ‘Not Obama’. Voters are feeling more upbeat but they could still choose the alternative to the incumbent if they feel they know who he is and what he will do.”

Zogby Polls have been widely acclaimed since 1994 as among the most accurate in elections. In this poll, slight weights were applied for party identification, represented at 37% Democrat, 35% Republican and 28% independent.