New York Remains on the Forefront of the Labor Movement

New York, NY – New York is union strong. The quality of the building trades union work comes from their 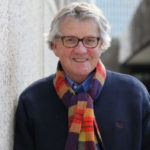 classroom and on-the-job paid training of apprentices. Think of the teachers educating our children, healthcare professionals caring for all of us; police, firefighters and other public employees, those who make our bridges strong and safe so we can pass over in confidence. Remember our history, including the 1911 Triangle Shirtwaist Factory Fire. One hundred and forty-six New York garment workers died, mostly Italian and Jewish immigrants. The owners locked the doors to the stairwells and exits. Many girls and women jumped to their death. We might remember two 14-year-olds, Kate Leone and “Sara” Rosaria Maltese. This tragedy expedited the growth of the International Ladies’ Garment Workers’ Union (ILGWU), which fought for better working conditions and legislation to improve factory safety.

Great labor leaders like United Auto Worker (UAW) President Walter Reuther fought for civil rights and social programs that would benefit all Americans. Reuther integrated his union and marched with Martin Luther King Jr.. He provided financial and organizational support for the 1963 March on Washington for Jobs and Freedom and stood next to King when he delivered his “I Have a Dream” speech. He supported Cesar Chavez and the farmworkers and encouraged Sen. Bobby Kennedy to investigate, bringing national attention and more support for their movement.

Last week I attended the Hillman Foundation Awards. Sidney Hillman was president of the Amalgamated Clothing Workers of America union. He died in 1946 and his union created a living memorial, establishing the Hillman Foundation to build a better America. Faced with McCarthyism, they feared for our free press. The foundation created the Hillman Prize to honor investigative journalists. This year, Hillman honored a series on Mexican-American truckers who are indentured workers at the Port of Los Angeles. Another, “The Color of Law,” showed how our government supported housing segregation.

Current labor leaders are on the forefront of the fight for New York farm workers’ right to organize, to give them a day of rest; a $15 minimum wage, climate change initiatives and independent, “gig” workers. The right wing says times have changed and we no longer need unions. We do! The complexion, language and origin of workers is changing but exploitation and racism continues. It is used to divide us. Immigrants from different countries fill the new sweatshops and company towns. Indentured workers still exist. Gig workers are encouraged to celebrate their independence—yes, freedom from healthcare, pensions, vacations, sick days, childcare and parental leave. We all must support these workers, invent ways to provide them occupational safety, healthcare, family support, leisure time and resources for retirement. Unions have pioneered these benefits, economic instruments for employees won through collective action. America’s mythology celebrates the rugged individual and contrasts him/her with big totalitarianism. It’s a false choice and plays into the schemes of those who want to restore robber barons in new clothes. Transformative social change is contentious. Organized labor knows that and adapts to diversity and new immigrants. We can and will partner with those in the gig economy to create new standards and economic security.

For decades I’ve stood next to and worked with strong and creative labor leaders. In 1999, one such leader, Denis Hughes, was elected President of the NYS AFL-CIO and invited me to join him in a new initiative to expand the capacity of organized labor in partnership with government, business, education and advocates for economic and social justice. The Workforce Development Institute (WDI) was born. Mario Cilento, his successor, maintained and strengthened their commitment. We built WDI as a not-for-profit to obtain and distribute government resources. We support unions, small manufacturers, and community advocates providing workforce training, establishing new jobs, retaining and retraining workers. We fund hundreds of projects each year, childcare for working families and facilitate innovative conversations. Ten years ago WDI brought environmental activists and labor leaders together to explore differences and common concerns. At first, I felt like a Middle East peace negotiator. Then the dialogue evolved. Environmentalists listened and said they too cared about jobs. Labor leaders listened. They also wanted a clean environment for their families. Together we saw the job potential in renewable energy and WDI became an advocate. We visited the Block Island offshore wind project, America’s only. We produced a study of the work involved, jobs, economic and environmental benefits. Unions have developed a Climate Jobs Coalition led by Gary LaBarbera, president of the NYC Building and Constructions Trades Council.

*** Ed Murphy is the executive director of the Workforce Development Institute. Visit WDINY.org for more information.