New York, NY – Correction Officers Benevolent Association [COBA] leader Benny Boscio may be two months into his presidency, but he is ready to see some changes to the incarceration system, especially as his members have to currently work through the COVID-19 epidemic. 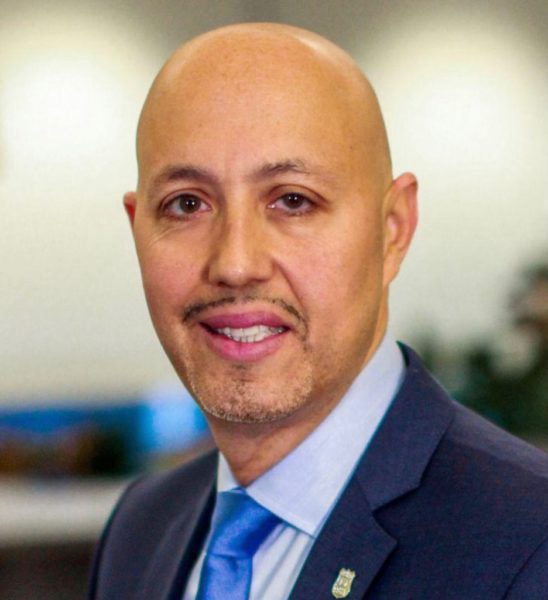 Boscio’s career in corrections spans 21-years and he became a delegate of COBA in 2005, an executive board member in 2010 and was elected as president on July 1.

“I’ve been a part of the union for three-quarters of my career,” said Boscio. “I was very excited [about the presidency]. It was an overwhelming experience.”

When Boscio took on the uniformed city job two decades ago, it was because of its job security, its family-sustaining wages and the possibility to make a difference.

“I wanted a city job and I’ve always wanted to serve the public,” said Boscio. “Being a correction officer meant care, custody and control of the inmates, safety and security for the city of New York, and keeping the detainees under lock and key while they are awaiting trial.”

Now as president, Boscio is working hard to figure out a way to both protect the inmates that his members are charged with protecting and to safeguard further members from catching the virus or possible wage loss.

“There were approximately 3,000 uniformed staff – all ranks- that were out sick at one point,” said Boscio. “I believe at least 1,400 of my members contracted COVID. Eight officers have died from COVID.”

As it became clear that the COVID-19 virus was going to spread, Boscio wishes that the state and city government had came together earlier to make more decisive decisions that would have both saved lives and prevented others from getting sick.

“I feel like the [Correction’s] agency dropped the ball out the gate,” said Boscio. “They didn’t shutdown the visits from outside visitors who were coming to see the inmates. They dragged their feet with that and they didn’t provide us with the PPE that we needed.”

Boscio believes the lack of preparation by the local government and agency resulted in his members and inmates both getting sick.

“We had to sue for tests and PPE (Personal Protective Equipment),” said Boscio. “My members had to get their own PPE.”

The members were then told they couldn’t wear their own masks, until a court order allowed them to in late March, according to the corrections union president.

“The inmate population is 4,264 currently today,” said Boscio. “They are looking to close Rikers and we are facing layoffs right now too. It is kind of hypocritical for the city to want to pile up the inmates in housing areas, even though right now we have the staff and the space to spread the inmates out so that they can social distance properly.”

Currently, one correction officer is overseeing 50 inmates, but Boscio wants to change the ratio to 15-to-1.

“If we get a second wave of COVID, they should prepare for that now and get ahead of it,” said Boscio. “There are 8,500 corrections officers working around the clock for three different tours.”

To prevent inmates from fighting among each other, the city has members from the same gang in the same housing units, which Boscio says, “created little armies.”

Along with changing the ratio of inmates to officers, Boscio would like for there to be more programs for youths that are no longer being incarcerated that incorporates job training, educational training and training for trades by unions.

“The young inmates more activities and more things to do that will keep them occupied throughout their day,” said Boscio. “When they get out of jail, they will have some type of trade or job.”

With enough programs post incarceration for both youths and the older adults, Boscio believes there will be less likelihood for recidivism, especially during the time of COVID.

“It will help them to become better people,” said Boscio. “Right now it is like a revolving door. There is not enough emphasis put into not keeping them from going to jail.”

The city needs to put more funding into lower income neighborhoods, after school programs, music programs and sports programs too, according to Boscio.

“If they had a billions dollars for that instead of borough based jails and renovate the facility that we have now, it will help to alleviate the layoffs as well,” said Boscio.

Corrections Department is expecting $48 million in cuts, which they are still negotiating with the city.

“That doesn’t only affect correction officers, that is everybody in the agency,” said Boscio. “They haven’t broken that down into how many officers that will be.”

There have been talks for pay freezes, a hiring freeze and early retirements.

“We have about 200 that have 20-years of service,” said Boscio. “I don’t think that is for uniformed workers. We haven’t gotten a notice yet.”