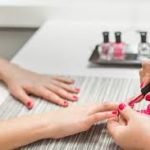 seven New York State Department of Labor hearings to review bringing tipped workers in line with the state’s general minimum wage. This is the first of two New York City hearings, the next of which will cover restaurant workers.

In New York, tipped workers like nail salon technicians and car wash workers, make a subminimum wage ranging from $7.50 – $8.65, relying on tips to bring them up to the state’s general minimum wage, which ranges from $10.40 – $13.00, depending on the region. The One Fair Wage (OFW) campaign is fighting for better wages and better tips. It represents a next step in the Fight For $15 to cover tipped workers. Seven states already pay tipped workers a basic minimum wage in addition to their tips.

“For nail technicians, the current tip-based pay system results in an unlivable wage and unjust treatment,” said Sonia Morales, a Bronx-based nail technician and a member of the New York Nail Salon Workers Association of Workers United. “I’ve worked in nail salons for ten years, and still make only $90 a day for a 10-hour day, working over 40 hours a week. Raising our pay to the regular minimum wage plus tips would mean we’d better be able to support and spend time with our families.”

Its estimated that car wash workers  earn as little as $125 a week, with small or non-existent breaks. They are frequently sent home without pay depending on the weather. These workers routinely work 12 to 14-hour days, six or seven days a week.

“All workers deserve to be paid a fair wage, regardless of whether they receive tips. The separate, and lower, State minimum wage for tipped workers creates uncertainty and the possibility for abuse, leaving workers to make up the difference between their earnings and the minimum wage to which we are all entitled. Adopting a single minimum wage would be a game changer for so many working New Yorkers,” said Councilwoman Helen Rosenthal.

Since many carwashes and nail salons operate primarily in cash with poor and complicated bookkeeping practices, the system creates many opportunities for wage theft and exploitation. The New York State Department of Labor found that in New York City alone, four out of every five carwashes were stealing their workers’ wages.

“No worker anywhere in New York should have to rely on tips to earn the minimum wage,” said Stuart Appelbaum, president of the Retail, Wholesale and Department Store Union. “There is no good reason carwasheros, restaurant servers and nail technicians should be paid a subminimum wage. It is time to bring all workers up to one fair wage.”