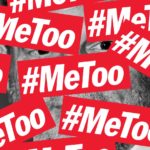 for creating stronger workplace protections in  government. Their ‘white paper’ followed a panel discussion on Tuesday, June 19th at Cooper Union. Several members of the  group claimed sexual harrassment while working for New York State elected officials.
Over the course of several months, the Working Group drafted recommendations after conversations with experts including the National Women’s Law Center, the National Employment Lawyers Association/New York, and the New York Civil Liberties Union. The white paper highlights several flaws that the Legislature failed to address  when addressing sexual harassment laws in response to the #MeToo movement.

The groups recommendations include:

• Adopting a more reasonable burden of proof for victims of discrimination and harassment, by replacing the current “severe or pervasive” standard with a “less well” standard

The group also recommends the funding of an independent state Division of Human Rights to oversee all training, investigations and enforcement of harassment and abuse.

“The Sexual Harassment Working Group has been a leading voice on how we can do better in state government to support a safe and professional workplace for all,” said Assemblymember Dan Quart. “We must do all we can to provide protection and encourage survivors to come forward without fearing it will ruin their careers.