More than 7,000 people carrying signs and banners marched through the canyons of Wall Street April 29 to demand immediate reform of the nation’s financial system.

“We are here to say we’ve had enough,” said Jack Ahern, President of the New York City Central Labor Council. “Financial institutions must be held accountable.”

“No jobs! No future!,” chanted union workers as they marched from a rally at City Hall down Broadway towards the heart of New York’s financial district.

“There were people in that march that lost everything they had,” said John Durso, President of Local 338 of the Retail, Wholesale, and Department Store Union. “Through jobs losses, through foreclosures.” Since the beginning of the financial crisis, 8.5 million jobs have been lost and another 2 million expected jobs were not created. 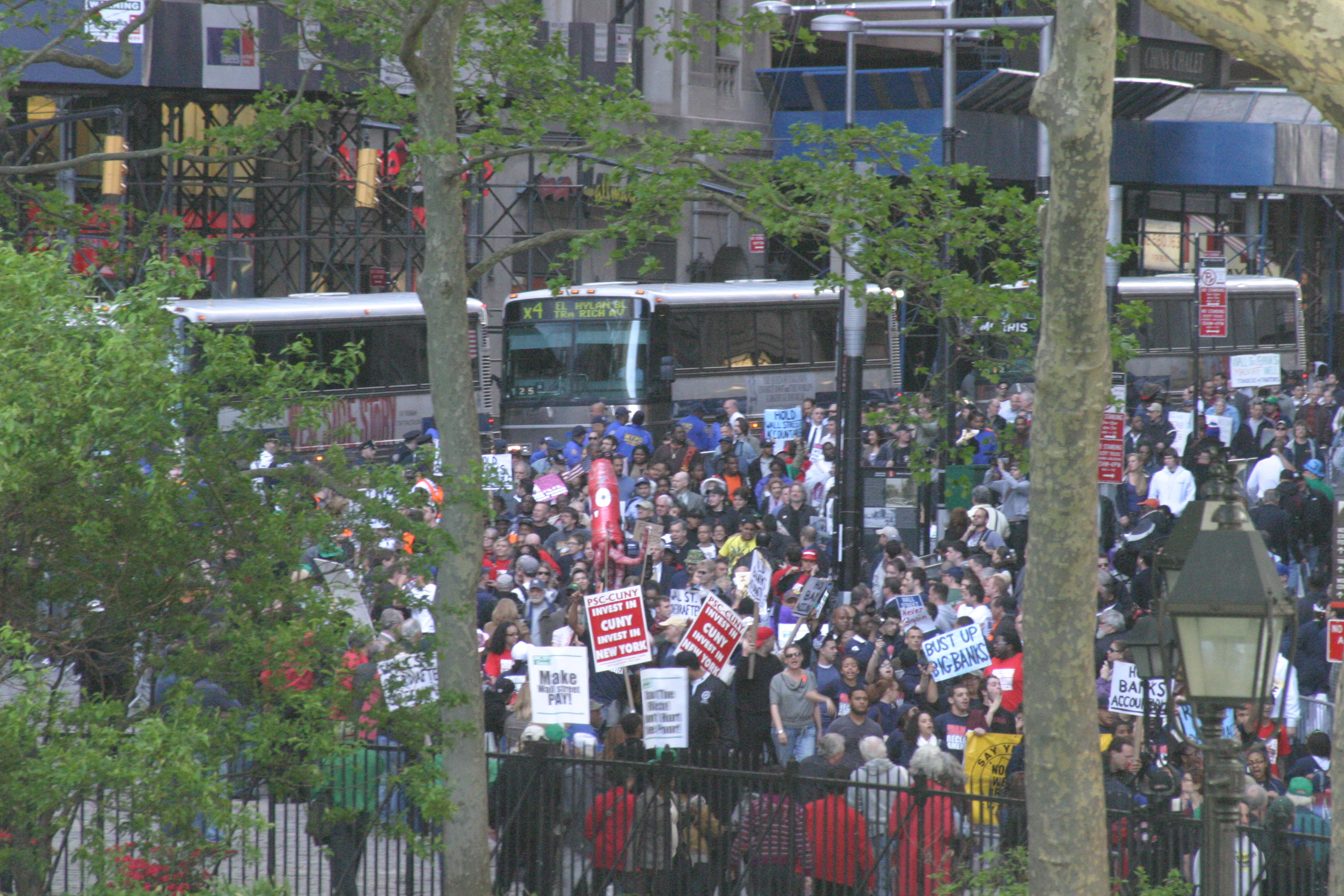 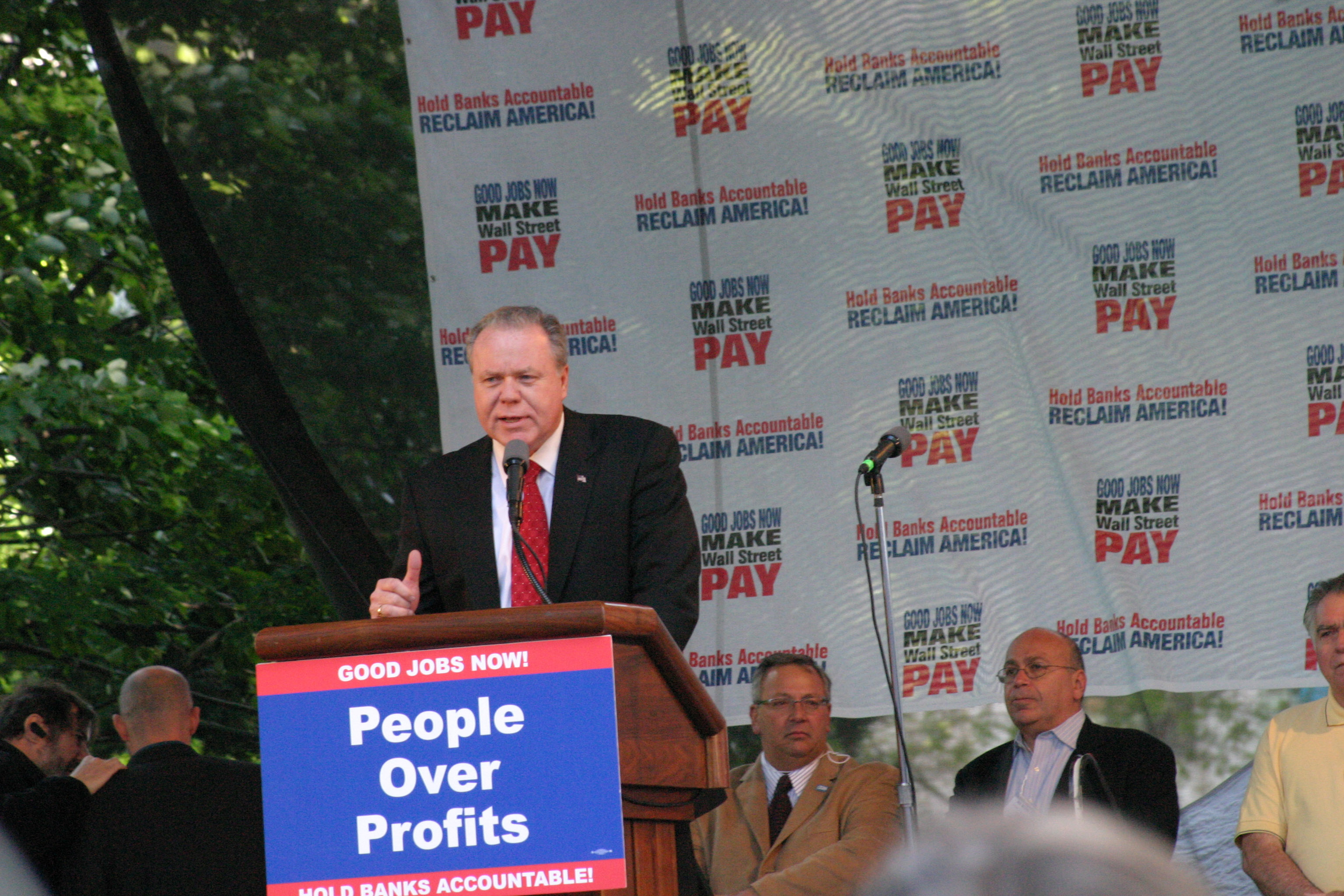 More than two years after the start of the financial crisis, Congress now seems to be on track to pass comprehensive financial reform legislation. In late April, Democrats broke an attempt by Republican to keep a financial reform bill from even being debated. However, there are still many days or even weeks left before the bill will be passed into law.

“Until it’s signed, I worry,” said Local 338’s Durso. He and other union activists are concerned that reform may be weakened or even stopped.

“The ‘Party of No’ can probably continue in many ways to say ‘no,’” said Arlene Holt Baker, Executive Vice President of the AFL-CIO. She called for a strong and independent Consumer Financial Protection Agency and a new federal initiative to create jobs and rebuild our nation’s infrastructure. 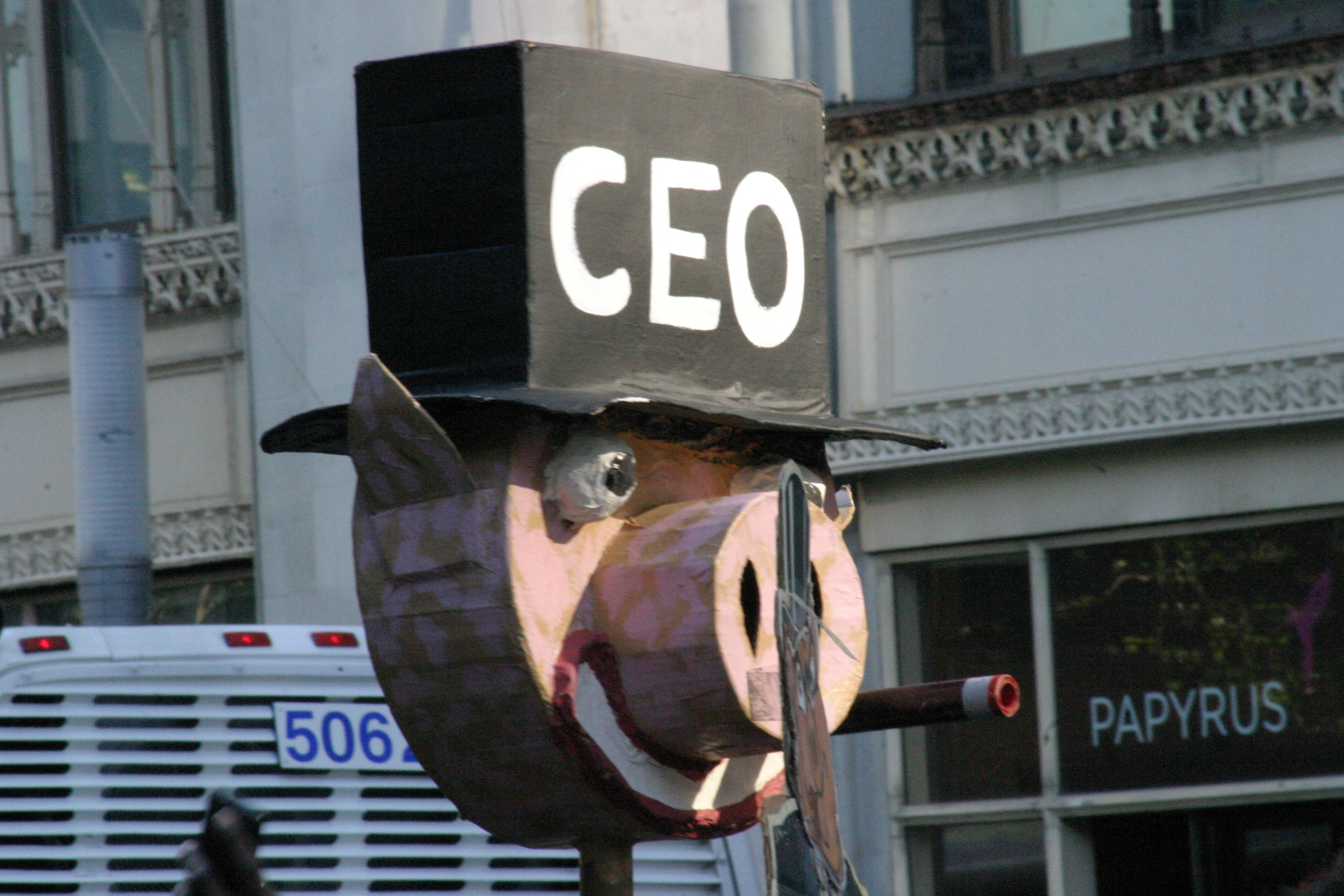 “We’ve got to start building again… It’s about jobs and job creation,” she said.

Union leaders also call for a financial transaction tax of 0.5 percent that could raise between $100 billion and $300 billion a year to help create these new jobs. Money from the proposed transaction tax could also help many states that now face severe budget shortfalls. Many states are now desperately cutting programs and laying off workers. Nationwide, for example, hundreds of thousands of teachers are being laid off.

“We are here for the teacher being told we can’t pay to teach our young people,” said Trumka. “Big time economic help came to Wall Street.  Now big time economic recovery must come to Main Street.”