Look For the Union Label

But it’s also the one day we set aside each year officially to honor and celebrate the hardworking women and men who stood up for so many of the things we take for granted today.

Indeed, hardworking American values, civil rights, the eight-hour workday, the 40-hour workweek, weekends, minimum wage, overtime pay, safe workplace laws, health insurance, Social Security, Medicare, retirement plans… absolutely none of it would have been possible without the support, sacrifice and leadership of the American labor movement, because, as pedestrian as all of these things may sound today, women and men fought – and fought hard – for every single one of them, every step of the way.

My grandfather Matteo was a garment presser and served as a shop steward for the ILGWU. He was born in East Harlem and grew up in the Bronx to immigrant parents. (Definitely old school – I always loved the way he pronounced boil “burl.”) He could remember a day when the factory owner carried a gun to intimidate union activists seeking to organize.

But organize they did and eventually, like Ellis Island was to his parents, the ILGWU was his golden door to the American dream. My grandmother Lucy spent her entire career as a member of the CWA. My mom, a schoolteacher, was a member of the UFT before she began teaching in a parochial school. During my radio days, I was a de facto shop steward with AFTRA and will always be a “union guy” whether or not I’m currently in a union. Various uncles were members of the New York City uniformed services, FDNY, DSNY.

From an early age, I recognized the importance of giving voice to the voiceless and the power of bringing people together to fight better for common goals. I learned that people had less power when they acted individually, but by joining together as a group and uniting as one voice, they could influence real change.

As JFK famously said, “Our unions have brought millions of men and women together, made them brothers and sisters, and given them common tools for common goals. Their goals are goals for all America – and their enemies are the enemies for progress. The two cannot be separated.”

The best part is the American labor movement is not some magical, mysterious force of nature. On the contrary, the labor movement is people. Plain and simple. People coming together to fight for common goals that ultimately benefit all.

Movements like the tremendous fight for $15 an hour remind us – and the rest of the world – that you can never underestimate the power of the people and therefore you can never underestimate the power of organized labor. Like the great Sham 69 sang, “If the kids are united, they will be never be divided.” Or in the progressive chant, “the people, united, will never be defeated!”

This Labor Day, many of these hard-fought cornerstones of the middle class are under siege yet again. Make no mistake, as big corporations continue to undermine the right of employees to organize and bargain collectively with their employers, somewhere in a galaxy not so far away, wicked minds are burning the midnight oil, drafting legislation that seeks to make life even easier for the rich and powerful.

So, this year, while we’re all enjoying the last day of a long weekend as the curtain closes on another great summer, let’s reflect upon the meaning behind this important day.

Now more than ever, as economic conditions continue to widen the gap between the wealthy and the working middle class, and the complications brought on by an increasingly globalized, interconnected and automated world make our everyday lives more challenging and for many downright impossible, let’s honor the culmination of years of struggle by the American labor movement, the achievements of the American worker and the incredible contributions to our society made by those workers coming together to improve not only their own lives but the lives of everyone who came after them by ensuring everyone has a chance at living the American dream.

The best path to the middle class still runs straight through a union hall and don’t let anyone tell you differently.

*** Justin Brannan is a community activist, born and raised in Bay Ridge. He and his wife Leigh own a small business on Third Avenue. 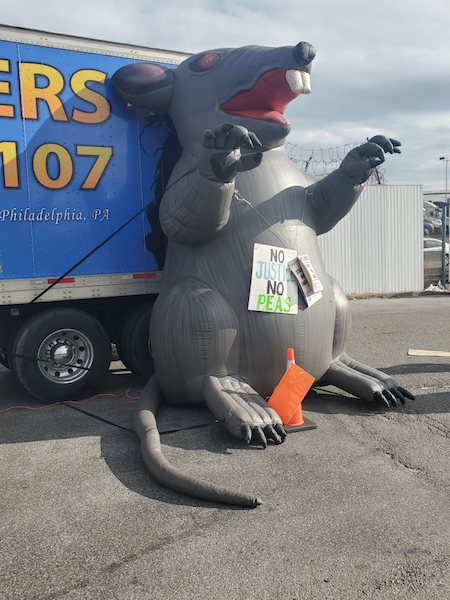