Leaders in Labor with Michael Jordan: Tony Petillo and Local 125

and benefits. Every wage and benefit negotiated greatly impacts members’ pockets. This is something Michael Jordan deeply believes in.

Michael has spent the last 25 years working in benefits and insurance, and currently serves as One Call’s General Manager of Labor Markets & Strategic Partnerships. Michael’s mission at One Call is to develop a deeper understanding of how unions manage their benefits. He has partnered with hundreds of union leaders on ways One Call’s advanced diagnostic imaging benefit can create savings for both members and funds.

These conversations are the inspiration for One Call’s new series, Leaders in Labor with Michael Jordan, 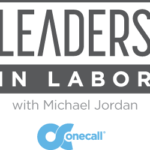 which explores the goals and challenges that drive creating a better benefit. This month’s Q&A features a discussion between Michael Jordan and Tony Petillo, who has been President of Local 125 since 2006.

So Tony, how did you originally get involved with Teamsters?

I started with Pepsi back in 1973, and became a shop steward around 1980. So I kind of got involved through progression doing contracts. The people on the board at the time liked me and added me to the board in 1995 as a trustee, and here I am today.

Over the last 10 or 15 years, what significant changes have you seen that have impacted how you do business and represent your members?

In 1987 Pepsi came to us and said, “We want you to start paying for your benefits, and we’re going to give you a little bit of money in your paycheck to kind of off-set that.” Nobody really paid back then, so most people were okay with the change since they had a little bit more money.

Over that last 30 years, it has gone from paying zero for benefits to, today, I have my members paying upwards of $100 per week to be in my benefit fund. It’s really driven the cost of contracts in a whole other dimension, because every penny that we try to get on the table for wages is now being eaten up by healthcare or pensions.

I can see how that’s something that keeps you up at night. You try to save every penny and dime you can, and not having to have that next contract negotiation come up and divert those funds into pensions or welfare means additional money you can put in a paycheck.

We’re looking at new ways to save every day: from considering different providers, to putting in stop loss that’s just going to protect us from the downside. And the way the markets have been; 2001 was not kind to us with that downturn in the market. We took major hits, and you can’t make that money back.

When you and I initially started talking about One Call, I think the program’s potential value really resonated with you. Could you comment on how the program has been working for you since implementing?

I’m open to listening to any new program that’s going to save me money. When Aetna came in and said, “Hey, we’ve got this plan. It’s Teladoc. You can save money for your members by using this instead of going to Urgent Care or the Emergency Room; here’s a $10 co-pay. Like going to see an office visit, it’ll save you money.” I added that as a benefit.

When you came in with One Call, you said, “Here’s a way of trying to carve out this piece of business for MRIs, CT scans, and PET scans. We can save your members money. And by the way, we’re going to save your fund money.” And we did it. We put 100% in, and when we saw the savings in that first month or two that you showed us, we were beyond ecstatic. It was phenomenal the amount of money we had saved already.

And those are the kind of things that are going to help me keep my Cadillac healthcare plan. Because I’m going tell you, we have new people coming into the Local from companies that don’t have good healthcare like I do. So I’m able to use that as a bargaining chip to people who are new to Teamsters or unions, which drives better cost into my healthcare plan by bringing more members in.

Would you say benefits is one of the key parts of your message when you’re going out there and organizing and trying to attract new members, or retain members?

Oh, it’s one of the biggest topics. In fact, when we go into negotiations now, it used to be you had a laundry list of things that you wanted. We don’t do a laundry list anymore. We do the big three, we call them: wages, benefits, and pensions.

And benefits is number one. When we go out and do an organizing drive, we’ll throw our benefit package on the table and we say, “Do you have this kind of a benefit? Don’t you want to be in this kind of benefit in a union environment?” Safety is still a factor, but things have gotten so much safer in the last 15 years, but you know what? Companies have taken care of it on themselves, with OSHA and things like that. They don’t want their people out of work. They need them to work every day, so they provide a safer work environment.

Not to name any specifics, but over the years, have you had any examples of how important these benefits are to members?

I got to tell you, the one that’s troubling me right now is a young member with a young baby. And that poor child has been in three different hospitals, and it’s a major claim for my fund at this moment. He just found out he’s going to lose his job because the company is closing, and his healthcare benefits are going to go away, and we’re trying to find a solution so he can keep his benefits. We’re talking about a seven-figure claim right now.

And this poor guy, the child still has another 30 to 60 days in the hospital. That’s what drives me to try to keep my healthcare as good as it is, and work as hard as I can to drive every dollar I can of savings to try to off-set that. So that guy can be in the hospital with his little baby, and know that his baby has healthcare. That’s important.

Is there anything that usually falls at the top of the list of stuff you’re educating people about because it’s so important?

I try to drive them into staying out of the Emergency Room. If I have to raise the co-pay on the Emergency Room, I’ll do it because they’ll go to the Emergency Room when they just have the sniffles. But they can walk into an Urgent Care or their local doc, or utilize Teladoc, and use that to save some money on these benefits.

And they don’t know. The education on that means a lot, because if they go to where they shouldn’t be going, that’s where the beauty of One Call comes in. I can send them to One Call, and they’ll go to the right place that’s going be the cheapest for the fund. Plus, they’re going to save money, and they’ll understand when they save money. And then they’ll tell their person that works with them, “Hey, I saved money by using that One Call. Did you do that?” So it’s all about the education of trying to save a buck.

Tony Petillo serves as the President of Teamsters Local 125, and has been in that role since 2006. Before his current role as President, he was first named as a Union Officer in 1995. He has also held the role of Union Chairman of the Local 945 Pension and Benefit Fund since 2012. Tony’s status as union leader includes collaboration with other area leaders through his role as Vice President of Joint Council 73, and with national leadership through his role at the Brewery & Soft Drink Conference of the International Brotherhood of Teamsters. He has served as a union leader for almost 40 years since first becoming a Shop Steward in 1980.

Michael Jordan is the General Manager for Labor Markets & Strategic Partnerships for One Call, a National company headquartered in Jacksonville, Florida whose primary focus is on cost containment and reduction of group health and workers compensation costs. Prior to One Call, Michael focused on healthcare and benefits in the Northeast working for MagnaCare, CIGNA and Horizon BCBSNJ with extensive experience dealing in all sectors of the marketplace including Taft-Hartley, private sector as well as the public sector. Michael has been a benefits and insurance professional since 1992.

For more information about One Call please contact Michael Jordan by phone or email.  973-316-3702 or Michael_jordan@onecallcm.com.

It’s Time to End the 24-Hour Rule for Home Care Workers: We All Have a Role to Play