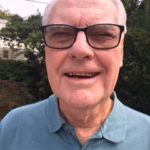 to the Labor Movement and to retirees/seniors.  Covid -19, the decline of the political economy for the majority of workers, the fate of democracy, racial injustice, and the effects of climate change and environmental devastation (air, water, soil, forests, species, temperatures, rising sea levels, ….) constitute an intertwined challenge of staggering proportions to us all.

Climate science insists that an energy economy based on burning fossil fuels is unsustainable and that drastic action must be taken to transform how we produce electricity and transport goods and people.  The EJM has heard labor’s concern and is demanding a just transition that produces hundreds of thousands of jobs and protects displaced workers and those most harmed by the pollution of air and water.   Solidarity within organized labor has been built on avoiding issues where the house of labor is divided.   How does the labor movement, including retirees, meet this challenge of ensuring working people’s interests?

Retirees/Seniors are among the most vulnerable to the effects of climate change, often depending on where they live. Do we leave our children and grandchildren a world of wildfires, superstorms, pollution, food scarcity, and declining air and water quality and the ensuing social chaos.?

One important way to respond is to form EJM committees within our unions, councils, and federations, and our retiree/senior organizations. Some unions have already done this, putting resources into internal education, participating in EJM-Labor-Community coalitions (such as ALIGN, People’s Climate Movement, Trade Unions for Energy Democracy). Now is the time for all unions and elected officials to listen, learn, and act together.

The Council of Municipal Retiree Organizations’ primary purpose is the advancement of the common interests of present and future retirees of agencies of the City of New York. These interests include the protection and enhancements of pensions and health benefits and federal, state, or municipal policies or budgets that will impact retirees including cuts to the social safety net.