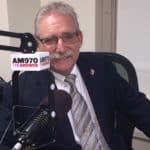 Labor Day, the first Monday in September, is a creation of the labor movement and is dedicated to the social and economic achievements of American workers. It constitutes a yearly national tribute to the contributions workers have made to the strength, prosperity, and well-being of our country.

In 1884 the first Monday in September was selected as the holi- day, as originally proposed, and the Central Labor Union urged similar organizations in other cities to follow the example of New York and celebrate a “workingmen’s holiday” on that date. The idea spread with the growth of labor organizations, and in 1885 Labor Day was celebrated in many industrial centers of the country.

More than 100 years after the first Labor Day observance, there is still some doubt as to who first pro- posed the holiday for workers. Some records show that Peter J. McGuire, general secretary of the Brotherhood of

Carpenters and Joiners and a cofounder of the American Federation of Labor, was first in suggesting a day to honor those “who from rude nature have delved and carved all the grandeur we behold.”

But Peter McGuire’s place in Labor Day history has not gone unchallenged. Many believe that Matthew Maguire, a machinist, not Peter McGuire, founded the holiday. Recent research seems to support the contention that Matthew Maguire, later the secretary of Local 344 of the International Association of Machinists in Paterson, N.J., proposed the holiday in 1882 while serving as secretary of the Central Labor Union in New York.

In 1887, four states — Colorado, Massachusetts, New Jersey, and New York, created a Labor Day holiday by legislative enactment. By the end of the decade Connecticut, Nebraska, and Pennsylvania had followed suit. By 1894, 23 other states had adopted the holiday in honor of workers, and on June 28 of that year, Congress passed an act making the first Monday in September of each year a legal holiday in the District of Columbia and the territories.

Originally, the form that the observance and celebration of Labor Day took was outlined in the first proposal of the holiday — a street parade to exhibit to the public “the strength and esprit de corps of the trade and labor organizations” of the community, followed by “a festival for the recreation and amusement of the workers and their families.”

Labor Day celebrations have undergone a change in recent years, especially in large industrial centers where mass displays and huge parades have proved a problem. And, with the decline in numbers of organized labor, participation today is not at the over- whelming level it once was.

Yet, while numbers may change, truth does not. The American labor movement was responsible for the creation of the highest standard of living and the greatest production the world has ever known and has brought our country closer to the economic and political democracy than any other force in history. It is appropriate, therefore, that the nation pay tribute on Labor Day to the creator of so much of the nation’s strength, freedom, and leader- ship — the American worker.

PrevOperating Engineers Local 701 returns to Oregon Building Trades
Listed here is generally ready to give a helping hand to everybodyNext
Labor Day, the first Monday in September, is a creation of the labor movement and is dedicated to the social and economic achievements of American workers.

Chairperson Bob Croghan and the Organization of Staff Analysts