Labor Day, the first Monday in September, is a creation of the labor movement and is dedicated to the social and economic achievements of American workers. It constitutes a yearly national tribute to the contributions workers have made to the strength, prosperity, and well-being of the United States of America. This year, although the official holiday is Monday September 3, 2012, hundreds of labor unions will march down Fifth Avenue on Saturday, September 8th and thousands of union members will celebrate an event that began in 1882.

Matthew Maguire, later the secretary of Local 344 of the International Association of Machinists in Paterson, N.J., proposed the holiday in 1882 while serving as secretary of the Central Labor Union in New York.  The first governmental recognition of Labor Day came through municipal ordinances passed in 1885 and 1886. The first state bill was introduced into the New York legislature, but the first to become law was passed by Oregon on 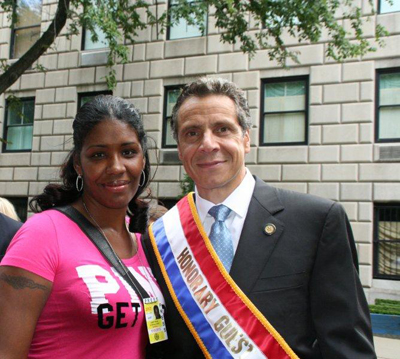 February 21, 1887. By 1894, 23 other states had adopted the holiday in honor of workers, and on June 28 of that year, Congress passed an act making the first Monday in September of each year a legal holiday.

Organized labor in the United States was the force that created a great middle class. A highly skilled and motivated workforce was a critical factor in this county becoming the strongest economic nation on the planet. Unions built the engine that enabled workers in the U.S. to benefit from a high standard of living. While labor-management negotiations are always difficult this partnership has allowed industry to prosper like nowhere on earth.

This country continues to provide the greatest output of goods and services the world has ever known. We also set an example for workers around the globe: Rights and dignity of workers must be respected.

Neal Tepel is a retiree and former member of AFSCME District Council 1707, AFM, CSA, OSA, and UFT. He continues to be an activist for worker rights. See laborpress.org