Jail Time for Boss that Stole from Workers 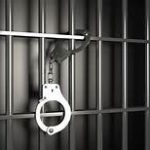 John Kalogeras, former manager of Princess Diner, were charged with failing to pay restaurant workers. Together, Bivona and Kalogeras misappropriated a total of over $132,000 from 23 workers.

“Every worker is entitled to the wages they earn – period. When employers skirt the law and steal from their employees, they’ll face the consequences,” said Attorney General Underwood. “We’ll continue to enforce the law to protect all New York workers.”

Princess Diner is located at 32 Montauk Highway. In August 2016, Bivona took over the diner from Kalogeras and his family, but kept Kalogeras on as the manager to run the day-to-day operations. Restaurant employees continued to work under Bivona. Between August and December 2016, Bivona and Kalogeras failed to pay workers their wages and earned tips. Both Bivona and Kalogeras repeatedly promised the workers that payment was imminent, but many workers either never received any payment or only received sporadic payment after waiting for weeks to be paid. Employees continued to work at the diner in the hopes of eventually getting paid as promised, but the workers ultimately quit when they did not receive payment after months of promises.