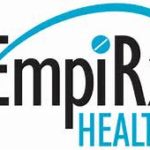 Health senior sales executive Joseph E. Jurewicz—but he believes the pharmacy-benefits manager has developed a unique way of controlling them. EmpiRx (pronounced “empeerex”), based in Montvale, N.J., was founded three years ago by health-care consultant Bill Resnick. “There was a need for a more efficient benefit,” says Lisa Malpeli, vice president for marketing and sales. “He saw what was going on in the market.”

The company now handles pharmacy benefits for 220,000 people, the two tell LaborPress, with about 85% members of labor unions including the Teamsters and the United Food and Commercial Workers. Calling itself a “pharmacy-care manager” rather than a “pharmacy-benefits manager,” it touts its three core tenets as “evidence-based clinical care,” “proactive oversight,” and “concierge service”—a 24-hour hotline for clients, in the U.S. and staffed by union workers.

“The real savings come from appropriate clinical management,” it says.

Two common causes of excessive drug costs, says Jurewicz, are “overutilization” and “formulary inefficiency.” Overutilization, he explains, is simply providing—and paying for—more medication than the patient needs, such as 90 pills in 60 days or a 15-month supply over a year. Formulary inefficiency is putting more expensive, less effective drugs in the middle tier of a formulary, between generic drugs and the pricier non-preferred brand-name medications.

Sometimes, he says, a $50 drug is more effective than a $2,000 drug. For example, he explains, the arthritis pain-relief drug Duexis costs $2,100 a month—but its active ingredients are ibuprofen and an antacid to protect the stomach from damage. Those ingredients are available in both over-the-counter and generic drugs.

A 2015 study of 36,400 clients found that EmpiRx reduced total plan costs by 9.9% after its clinical-care management was implemented midyear, the company says, and costs per member per month were reduced by 16%.

“We remove the waste and inefficiency,” Jurewicz says. “We turn that value back to plan sponsors and their members.”