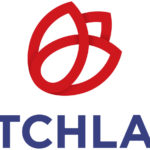 will expand its operations into a new 50,000 square-foot facility in the Village of Canastota in Madison County from its current location in Oneida County. The expansion will facilitate the creation of at least 42 new full-time jobs over the next two years in addition to the 23 positions which will be retained. Construction on the new facility is expected to be completed by the end of 2019.

“The expansion of Dutchland Plastics is a testament our forward-thinking economic strategy that is transforming the regional economy,” Governor Cuomo said. “By incentivizing growth, successful companies are choosing to expand their operations, strengthening the economy, creating good-paying jobs and ensuring that Central New York continues to rise.”

In order to encourage Dutchland Plastics to expand in Central New York, Empire State Development has offered up to $475,000 in performance-based tax credits through its Excelsior Jobs Program, which are tied to job creation commitments. Additionally, ESD has reallocated a $1,685,000 Restore NY grant to the Village of Canastota that will assist with construction of the new facility. The company will invest $2.6 million for capital equipment and to customize the new facility, which will sit along the storied Erie Canal.

Dutchland Plastics, which is headquartered in Eastern Wisconsin, has been manufacturing high quality plastics products for nearly half a century. As a custom plastics products manufacturer, the company services recreational, commercial, outdoor, food and beverage, furniture and marine industries. The company manufactures cutting-edge products like Yeti coolers, NuCanoe boats, and KI chairs, among others and is the third largest contract rotational molder in the United States.

“We are very excited about this expansion,” said Dutchland CEO Randy Herman.  “This is a tremendous opportunity and I want to thank Governor Cuomo, Madison County Industrial Development Agency Executive Director Kipp Hicks, and especially Canastota Mayor Carla DeShaw, who will be assigning resources to help the Company recruit and train requisite new hires from the local community.”