Following decades in which the sexual abuse of children was covered up, New York religious leaders have 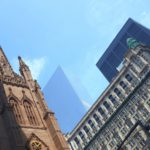 now stepped forward to create a process to begin to heal the wounds and provide compensation for victims.  Now, the deadlines for church abuse victims to come forward to qualify for compensation are fast approaching.

In fall 2016 Cardinal Timothy M. Dolan and the New York Archdiocese created an Independent Reconciliation and Compensation Program (IRCP) to help victims of past abuse by priests and deacons gain some form of closure. The New York Archdiocese covers a territory made up of 10-counties, from Staten Island in the south up to Ulster in the north.

In late-June, Bishop Nicholas DiMarzio of Brooklyn created an IRCP for victims from the Brooklyn-Queens Diocese.

The IRCPs were established to have a real impact on victims’ lives and to give the religious institutions the opportunity to publically acknowledge the heinous crimes committed and the cover-ups that followed.

Victims who have stepped forward so far mostly range in age from their 40’s to their 80’s. The abuse these victims suffered was not only physical but also mental and emotional. One victim said that, as a teen, when they finally went to their parents for help, they were not only disbelieved but also punished for lying. The trauma of the abuse can last for decades, even a lifetime, and many victims require mental health treatment.

Finally, there is a process meant to help heal and provide victims the opportunity to confidentially receive compensation. The IRCP also allows victims who are seeking closure to avoid drawn out litigation, which would require them to publically recount and relive the details of their abuse. These lawsuits would be contested and the Church would no doubt seek to have the claims dismissed as time-barred.

It is imperative that all victims step forward before the Brooklyn and Queens September 30, 2017 deadline and of the Archdiocese of New York’s November 1, 2017 deadline.