NEW YORK, NY – The retail giant Amazon must address unsafe conditions in many of their worksites. In 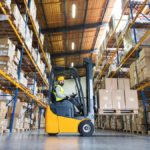 April 2018, Amazon was titled a “Dirty Dozen” company in a landmark National Council for Occupational Safety and Health report.  Seven employees have died while working in Amazon facilities since 2013.

“Amazon workers desperately need a real pay increase,” said Marcy Goldstein-Gelb, co-executive director of National COSH. “But a pay increase is worth a lot more if you come home in one piece at the end of your shift.”

“The pressure to move products continues to be intense inside the company’s warehouses, said Peter Dooley, safety and health project consultant at National COSH. After seven preventable deaths, the company must implement a program that eliminates all preventable illnesses, injuries and fatalities. And workers need to be part of that program for it to work.”

The seven workers who have died in Amazon facilities since 2013 include:

Devan Michael Shoemaker, run over by a truck at an Amazon warehouse in Carlisle, Pennsylvania on Sept. 19, 2017.

Phillip Terry, 59, whose head was crushed by a forklift at an Amazonwarehouse in Plainfield, Indiana on September 23, 2017

Karla Kay Arnold, 50, who died from multiple injuriesafter being struck by a sports utility vehicle in the parking lot of an Amazon warehouse in Monee, Illinois on October 23, 2017.

Jody Rhoads, 52, crushed and pinned to death by a pallet loader at an Amazon warehouse in Carlisle,

Pennsylvania on June 1st, 2014. (This is the same facility where Devan Michael Shoemaker was killed in September 2017.)

Name unknown, crushed to death by a forklift at an Amazon warehouse in Fernley, NV on November 4th, 2014.

Jeff Lockhart, 29, a temporary employee who died from a cardiac event after an overnight shift at an Amazon warehouse in Chester, VA on January 19th, 2013.

Roland Smith, 57, a temporary employee, dragged and crushed by a conveyor belt at an Amazon warehouse in Avenel, New Jersey on December 4th, 2013.

Amazon follows an outdated top-down command structure that battles unions while ignoring the hazards at  their facilities. A history of worksites in America document that the path to safe good-paying jobs is a union shop. A recent report from Gizmodo uncovered aggressive anti-union tactics at Amazon. At the same time Managers are encouraged to express negative opinions against unions, deterioratng conditions at many locations are ignored.