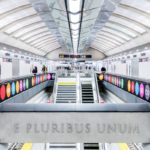 Transport Workers Union President John Samuelson responding to Nixon’s statements about financing the subway system said “Cynthia Nixon announced her candidacy for governor and within one week she blamed workers for subway problems. She’s yet another phony progressive embracing the billionaire real estate developers’ anti-trade union mantra. Cynthia Nixon has zero government experience and has no knowledge of what it takes to fix the commutes of millions of New Yorkers. Her first instinct was to attack New York’s unions and is a scary indicator that she is out of touch with ordinary average New Yorkers and has set red flags off all over the city. She is a wealthy celebrity completely disconnected from the very workers she claims to care about.”

Tony Utano, president of TWU Local 100, which represents MTA Transit workers responded to Nixon’s negative rhetoric. “If Cynthia Nixon is talking about transit workers and wants to learn about our sacrifices, she should attend the funerals of the two transit workers who were killed on the job. By the way, the city absolutely should pay its fair share of the Subway Action Plan.”

Gary LaBarbera, president of the Building and Construction Trades Council of Greater New York, said “What does Cynthia Nixon know about the construction industry?” She says that she’s a progressive, “What does she know about the subways and the MTA? but this kind of anti-union rhetoric shows that she is no friend of working men and women.”

Mario Cilento, president of the New York State AFL-CIO, said in a statement that Nixon’s comments represented an “alarming disregard for working men and women.”

Cynthia Nixon continues to make inaccurate statements about New York industries and services. A glaring example is the television and film tax incentive program. This incentive initiative supports millions of local, good-paying jobs and includes economic benefits throughout the state. The industry provides 90,252 direct employment and another 53,316 in related jobs for New Yorkers. Gubernatorial hopeful Nixon made inaccurate claims about the television and film tax incentive program which allowed her to work in her hometown on the Sex and the City movies.

Tom O’Donnell, President of Teamsters Local 817 commenting on Nixon’s statement regarding the film tax program stated  “I’m baffled by Cynthia Nixon’s remark that New York State’s tax credits for film and TV ‘doesn’t merit the investment.  Had she done her homework first or had her film credits been in producing instead of acting, she never would have made such a clueless statement. Previous to the inception of the New York State Tax Credit Program, we were hemorrhaging jobs to other states and foreign countries offering significant financial incentives.  Since the program’s inception our workforce has more than doubled.  I would say a program that generates hundreds of thousands of jobs and billions in wages merits the investment.  Quite frankly, this is a highly mobile content manufacturing industry that would not be here without the New York State Tax Credit Program.”

While there’s a learning curve for those running the first time for a legislative office, Candidate Nixon’s anti-worker negative rhetoric is turning off New Yorkers. Her campaign so far appears to be helping Governor Cuomo in his bid for re-election. She will certainly have a tough hill to climb in her primary race against the Governor who has amassed $30 million in his campaign account. The recent Quinnipiac Poll which surveyed 955 city voters, found that 56 percent approve of the job Cuomo is doing and 58 percent believe he would be better for the city than Nixon.