Saying the U.S. Supreme Court’s decision in the Janus v. AFSCME case is about nothing less than “trying 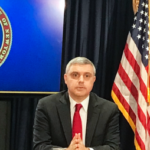 to destroy the labor movement,” Gov. Andrew Cuomo signed an executive order on June 27, the day of the court’s 5-4 ruling, to prevent anti-worker groups from obtaining the personal information, including phone numbers and addresses, of government employees including teachers.

The goal, he said, is to shield public sector workers from the well-funded campaign of anti-union propaganda expected to follow the decision.

The executive order will protect the privacy of state employees and public school teachers by preventing the sharing of personal information with anyone who files a Freedom of Information Law request.
Cuomo lashed out at the Supreme Court for carrying water for President Donald Trump.

“The Trump administration was elected with a very specific policy agenda and this Supreme Court seems very committed to enforcing that agenda,” the governor said at a press conference at his Midtown office.

“We saw it yesterday with the travel ban and today with the Janus decision.”
The nation’s high court, he said, “is supposed to be a check and balance, not a rubber stamp” on the executive branch of government.

At the governor’s side, UFT President Michael Mulgrew praised Cuomo for making New York the first state to take action in the face of the anti-union threat coming from Washington, D.C.

“The Supreme Court has been perverted and twisted by a political group that wants to take this country in a direction that works for them and them only,” he said. “Years from now, UFT teachers in our schools will teach about this. They will teach what happened to this entity that was supposed to be protecting our country.”

Also present at the press conference were Mario Cilento, the president of the New York State AFL-CIO, and Danny Donohue, president of the Civil Services Employees Union, which represents employees in New York state and local governments.