According to The National Safety Council Machinery accounted for 4,920 nonfatal occupational injuries 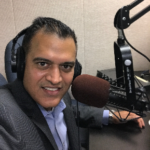 and 92 fatal injuries in 2014. Many of these injuries and deaths may have been preventable with proper inspections, and following protocol to maintain the safety of workers and the general public. Unfortunately, there are many cases in which employers fail to meet the state or federal sanctioned safety requirements.
On a gusty morning in February of 2016 a man who was on his way to work was killed when a crane came crashing down from atop a building in Tribeca. The operator of the crane, Kevin Reilly, has had his operator’s license suspended following a city Department of Buildings investigation. The investigation, which was released 10 months after the accident determined the operator failed to secure the crane the night before and that Mr. Reilly, had also lowered the crane’s boom at an improper angle.

A Department of Buildings spokesman said, “Our investigation found that Mr. Reilly acted recklessly, with tragic results.” Currently Mr. Reilly is fighting to maintain his operating license and clear his name from any wrongdoing.

Reilly, the operator, claimed in a suit recently filed to the Manhattan Supreme Court that the conclusions from this investigation are false and defamatory. He insists that the construction site didn’t permit “a full lay down of the crane each night.” And furthermore that the city had approved work plans for the work site allowing for the crane to remain up every night.

Mr. Reilly sued the contractor that the city hired to analyze the incident. Additionally, Mr. Reilly filed a notice of claim against the city indicating he will sue for $2.5 million dollars.

Tragically the crane collapse killed pedestrian, 38 year David Wichs a mathematician from Prague, who was heralded as a genius by his coworkers.

Because of the negligence of the construction company in charge of the site and the city official who approved plans to leave the crane up at night; an innocent bystander has lost their life and a crane operator has been left without their license; fighting against defamation.

Regardless of who is at fault the victim and victims family deserve rightful compensation for the tragedy that has befallen them. It is imperative to report any hazardous conditions on job sites to avoid incidents such as these.

If you or a family member has been injured or harmed due to negligence at a construction site you may be entitled to full benefits and compensation. Know your rights and get the answers you deserve. Our attorneys are dedicated to getting victims of negligence the compensation they deserve through thorough investigations of all forms of evidence including inspections reports. Call the trusted New York City and Queens construction accident lawyers at Kalra Law Firm for a free initial consultation at (718) 897-2211. www.unionlawyer.com.