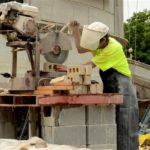 “Amid Manhattan’s luxury building boom, sometimes it’s all too easy to overlook the human beings behind the scaffolding,” said Manhattan District Attorney Cyrus R. Vance, Jr. “Construction workers are responsible for some of the most dangerous jobs in the city, and whether they’re working thousands of feet up in the air or twenty feet below ground-level, they deserve to be paid fairly and fully for their work. Unscrupulous employers like the ones charged in this indictment are devising new and different ways to cheat and steal.”

During this period, PARKSIDE CONSTRUCTION had contracts with multiple builders and developers to perform concrete installation and masonry work on several high-rise buildings in Manhattan. By 2015, PARKSIDE CONSTRUCTIONS payroll had grown to more than $15 million. AFFINITY and HAMLING helped conceal the payroll by falsely informing NYSIF that operations had been restructured, all workers’ employment had been terminated, and all direct labor involving construction had been subcontracted out to other vendors.

“The defendants charged in this wage theft scheme played a long con with their employees promising a decent wage but failing to deliver full paychecks,” said DOI Commissioner Mark G. Peters. “They flouted workers’ rights by stealing their wages and failing to pay them for the work they did.”