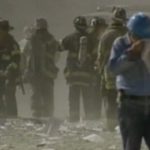 responders that were injured by toxins at Ground Zero would receive full compensation.

On February 15, 2019, the September 11th Victim Compensation Fund anounced  that due to a funding shortfall, injured and ill 9/11 responders and survivors will receive cuts to the awards that they were expecting. The legislation recently introduced in Congress would ensure that the VCF is fully funded and will remain open for those that will become ill in the future.

“There are thousands of brave firefighters in the Fire Department of New York who have suffered tremendously because of their heroism on the fateful day of 9-11. Cancer and other chronic, life threatening illness are a reality for not only the firefighters and emergency response personnel, but also their families and friends,” said Gerard Fitzgerald, President, Uniformed Firefighters Association. “Though money doesn’t replace the victims’ lives cut short or adversely impacted by 9-11, it does help ease the tremendous burden of financial distress caused by the loss of life or the chronic injuries sustained by first responders. It would be unconscionable for Congress to allow this to expire and immoral to leave families without the very little compensation their loved ones earned on one of the most tragic days in American history. September 11th wasn’t only an attack on New York, it was an attack on America – and New York’s first responders heroically answered. Still today, the actions of terrorists continue to attack New York’s first responders, and America and United States Congress needs to answer.”

In the years since 9/11/2001, thousands of 9/11 responders and survivors have become ill and many have lost their lives from exposure to toxins and burning chemicals present at Ground Zero.  After years of urging Congress to act, in 2010 and again in 2015, legislation was passed to provide medical  treatment through the World Trade Center Health Program and compensation through the September 11th Victim Compensation Fund.

“While the horrifying attacks on September 11th, 2001 may seem a distant memory, the immense loss and pain from that day will always endure in the hearts of New Yorkers and their families,” said Gary LaBarbera, President of the Building and Construction Trades Council of Greater New York. “We will never forget the immeasurable sacrifice of the brave men and women of the Building Trades, NYPD, FDNY and other heroes who lost their lives that day, and we call on Congress to fulfill its duty to extend and fully fund the Zadroga Act, so that these families can heal and be granted peace and security they so deserve.”

Now, after waiting years for compensation that they need and deserve, thousands are facing dramatically reduced awards unless Congress acts.