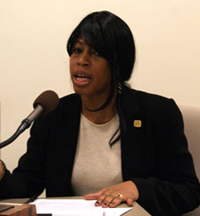 The Administration for Children’s Services came under heavy fire from City Council members and labor leaders at an April 28 oversight hearing on the agency’s proposal to restructure subsidized child care in New York.

According to the testimony of agency Commissioner John Mattingly, the purpose of the restructuring is to “raise educational standards, increase family supports and strengthen professional development for teachers.”

However, labor leaders such as Tammie Miller, chapter chair for the UFT’s 28,000 family child care providers, panned the plan.

Miller was especially upset that neither she nor leaders from the Council of School Supervisors and Administrators or District Council 1707 were consulted during the plan’s creation — despite the impact its implementation would have on their members.

“None of us was anywhere near when this discussion happened,” Miller said. “We weren’t invited to the table.”

Miller also criticized the proposal for ignoring parents’ role in early childhood education and, above all, for restricting family child care providers from caring for 4-year-olds receiving subsidized care. Under the plan, these children would be required to receive their care from a day care center run by the Administration for Children’s Services, reducing providers’ business and flooding the city’s day care centers in a moment when, Miller noted, many are already slated to close.

The mayor proposed in his executive budget eliminating 16 centers, or 1,200 seats. This would be in addition to the 1,100 seats in ACS-run child care centers that have been eliminated since Mattingly took over the agency in 2004.