NEW YORK, N.Y.—The city’s building-trades unions are lambasting an agreement between the Carpenters 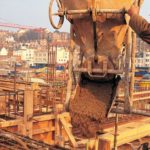 and The Related Companies that apparently accedes to the use of nonunion labor at Hudson Yards—and are also questioning how definite the deal is.

Related announced Aug. 7 that it had reached an agreement with the national United Brotherhood of Carpenters and the New York City District Council of Carpenters over work rules and conditions for constructing the second phase of Hudson Yards. The developer did not give specific terms, but the deal likely allows contractors to hire nonunion workers for other trades on Carpenters jobs. The Building and Construction Trades Council of Greater New York has been demanding that Related use exclusively union labor at Hudson Yards—and the Carpenters cut a separate deal.

“Related has no loyalty and is using the Carpenters as a public-relations pawn to engage in union-busting,” the Building Trades said Aug. 7. “Here are the facts: Related is using nonunion carpenters on projects within blocks of Hudson Yards. Furthermore, Related and the Carpenters’ national leadership have been in direct negotiations for a long time due to the Carpenters’ enormous pension investment in the project. Related has shamelessly leveraged the Carpenters’ financial interest in the Hudson Yards project to its own advantage on the labor-relations front, and these divisive tactics will not stand.”

On Aug. 9, Building Trades President Gary LaBarbera questioned whether the deal had actually been finalized. “There is no deal,” he told The Real Deal, a real-estate trade journal. “This is a mere press stunt for Related to try to save face.”

The council has asked Related for a copy of the Carpenters’ agreement, in a letter provided to The Real Deal. If it has better terms than the project-labor agreement the Building Trades made in 2013 with Related for the project’s first phase, the unions have the right to seek the same improvements—and get arbitration if the developer says no.

Related’s use of nonunion labor at Hudson Yards is an attempt to crack the union hold on large-scale construction projects in Manhattan. The developer has sued the Building Trades for $100 million, accusing it of inflating costs on the project’s first phase. It has also been publicly hostile to the unions.

Related’s Aug. 7 announcement quoted national Carpenters General President Douglas J. McCarron as saying, “This new model reflects the future of union labor in New York.” ways of the past while the industry evolves around us.” A Carpenters spokesperson did not respond to a phone message from LaborPress.

The Building Trades said Related’s agreement with the Carpenters does not give them the skilled workers in other trades that they’ll need to finish Hudson Yards. The Carpenters’ national leadership, it added, “completely ignores the local resistance to Related’s underhanded and oppressive tactics,” such as rank-and-file members participating in the “Count Me In” protests demanding all-union work at Hudson Yards.