Battlegrounds Change, but the Battle Doesn’t 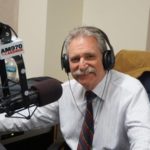 what I believe are two pertinent, yet often overlooked facts. First of all, not all Labor History is ancient history. Many of us were not only living, but fully participant in the workforce at the time of the Pittston strike. Secondly, the battle lines that were drawn so many years ago (long before Pittston) have never really been redrawn.The reason my recollection of Pittston might be a bit clearer than other people’s is because of simple exposure. I was an adult college student at the time, enrolled in the Labor Studies Program at Queens College, CUNY. I admit I wasn’t entirely sure why I was there. I didn’t hold any office in my local, nor did I have any intention of ever seeking one. Truth be told, my attendance at union meetings was sporadic, and usually motivated by pure economics.

Yet, there I was, studying labor history, economics of the workplace, and the sociology of the working class. Then one evening, one of my professors (I forget which one) made an announcement. We were to have a guest speaker visit our class. None of us complained. For full time workers who double as night students, “a change is as good as a rest.”

Our “guest speaker,” whose name I also can’t recall, arrived wearing Carharts and a camouflage jacket. The former was his everyday gear, the latter a clothing choice the miners had adopted as a symbol of their struggle with the mine owners and operators. He was brilliant. I don’t know if he’d ever received formal training in oratory, nevertheless, he was captivating. It was one of those rare occasions when you really were able to detect the proverbial dropping of a pin.

He told us of the attempt, on the part of the owners to look at their very profitable mine and decide to unilaterally cut wages, dismantle health care, and

destroy the pensions of the same people who had gone into those mines and created that wealth for the owners. He talked about the threats and intimidation aimed at them on a daily basis. Some of them came from people wearing pinstripe suits and carrying briefcases. Others were more direct, and came from men wearing black uniforms and helmets and carrying batons. Both were unnerving.

Some of us donated to the strike fund. We followed the events in a hard copy newsletter we received and it was a topic of discussion on more than one occasion. Of course the strike eventually ended. In this particular case it was more of a win than a loss for the miners. The semester ended, the newsletters eventually stopped arriving in the mail, and in truth, life went on.

Yet, I often think about the night that miner traveled from Pennsylvania to New York to talk to us. As impressive as his narrative was to me, the details of it were not what stirred my deepest sentiment, nor would they be what would remain with me the longest. What grabbed me and shook me the hardest, and what has left its mark on me the longest, was the way he spoke three words: “brothers and sisters.” The sincerity in that man’s voice when he addressed us that way that night, with his eyes locked on ours, made me understand in a way I had never understood before, that we are all in this together. I understood, in a way more visceral than academic, that truth doesn’t change.

Times change, and with them, technology. Today’s workplace is much less likely to be a coal mine or a factory. Unfortunately, that means that today’s workplace is also much less likely to be unionized. Workers are less likely to have a voice they can raise safely in their own defense. The cashier at the non-union retail outlet, who isn’t sure what her schedule is next week, the non-union auto worker in Mississippi or Tennessee who is afraid to ask for a more ergonomically designed plant, and yes, the unorganized building tradesman in New York who isn’t given safety equipment or safety training, but goes up on a high rise every day because he needs the job, are all our brothers and sisters too.

If we don’t align our actions with that truth, the same truth that existed in the mines a century ago and a decade ago and still today, we will never be able to successfully combat the greed that has been with us from the beginning of time, and which will remain with us until the end of time.