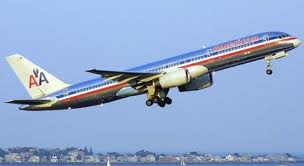 The appeals court found that the lower court “erred in exercising jurisdiction.” Now, the National Mediation Board can go forward with the election process that had been wrongly denied American Airlines passenger service agents since they filed for union representation in December 2011. Those employees finally will have the opportunity to exercise their legal right to vote on union representation.

The same American Airlines executives who took the airline into bankruptcy with $4 billion in the bank, which now has grown to $ 8 billion, also spent millions trying to stop workers from exercising their democratic rights.

Passenger service agents are looking forward to a new election date as soon as possible.

“This was a big step towards being able to negotiate instead of having them dictate terms to us,” said Janet Elston, a veteran of 28 years as an American Airlines gate agent based at Dallas-Fort Worth International Airport. “It’s been grueling, it’s not easy, but it will be worth it once we have an election.”

Ted Tezino, who has worked for 11 years at American Airlines’ Southern Reservation Office, noted the bankruptcy has made their situation as employees clear; “The company is not on our side, and it’s time to stand up for ourselves,” Tezino said.

The Communications Workers of America commended the decision by the U.S. Court of Appeals for the 5th Circuit. A statement by CWA stated that “For passenger service agents at American Airlines, who have been fighting for a union voice for 15 years, this is extremely good news.”