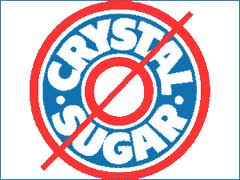 The AFL-CIO has endorsed a nationwide consumer boycott of American Crystal Sugar Co. products starting Oct. 15. The boycott is in response to the company’s 14-month lockout of 1,300 workers at its processing facilities in Minnesota, North Dakota and Iowa.

While the workers have been without income or health care since the lockout began in August 2011, Crystal Sugar CEO Dave Berg has enjoyed the 50% pay raise he granted himself, says Trumka, based on the union workers’ increased productivity that brought huge profits to the firm before Berg “decided to bust the union.”

Berg’s actions have endangered the generation of labor peace that made Crystal Sugar an industry leader. We hope that American Crystal Sugar will return to the bargaining table to conclude a contract and end the corporation’s sliding reputation and bottom line. With good faith by Crystal Sugar’s management, the corporation can return to its previous course of harmonious labor relations and profitability.

Last week, the children and grandchildren of the locked-out workers sent letters to Berg and American Crystal’s board telling how the lockout has hurt their families and damaged their communities.

If you would like to help the workers, you can make a donation through the Minnesota AFL-CIO. A $100 donation could help buy school clothes and supplies for the children, groceries for the families, gas cards and other desperately needed items.

If you need more information, please call the Midwest AFL-CIO Regional Office at 651-665-9196.