A Clear Choice for Labor

A Clear Choice for Labor 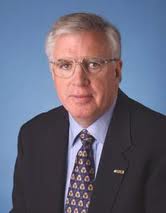 “This is the clearest choice labor has had in a presidential election in my lifetime.” Those were the words spoken by Vice President Joe Biden on a conference call with members of the United Food and Commercial Workers (UFCW) Thursday night. It’s a pretty bold statement. But the Vice President is right. This election is about more than the economy. It’s about more than foreign policy. It’s about the right of workers to join together in a union and bargain for a better life. One candidate — President Obama — supports these rights and is committed to protecting them. The other — Mitt Romney — is out to destroy them. That’s what at stake in this election.

In January 2011, tea party conservatives took power in several states and the U.S. House of Representatives. They were elected by a public frustrated with high unemployment. But instead of focusing on putting people back to work, they took aim at workers. In Wisconsin and Ohio, Governors Scott Walker and John Kasich each signed bills to strip teachers, nurses, firefighters and other public employees of their collective bargaining rights. And on Capitol Hill, anything designed to protect workers — from the National Labor Relations Board (NLRB) to health and safety regulations to Wall Street reform — was put on the chopping block. Meanwhile, they failed to pass a single bill to create jobs.

At about the same time, Mitt Romney kicked off his campaign for President. But instead of distancing himself from these extremists, he fully embraced them. He traveled to Ohio to support Governor Kasich’s attack on collective bargaining. He called members of the NLRB “union stooges.” He attended campaign events with a chart entitled “The Romney Difference,” which was basically a checklist for destroying workers’ rights that included things like giving corporations a bigger voice in politics and guaranteeing the so-called “right to work.” If enacted, the “Romney Difference” would ensure Americans have no rights at work.

So why would someone once known as Moderate Mitt from Massachusetts take such extreme positions when it came to the rights of American workers? Simple — he needed to win the Republican primary. As the Los Angeles Times reported in February, “Romney’s message and his tone are popular talking points among Republican voters in most of the country, but they contrast sharply with the conciliatory statements he has made about labor in the past, particularly during his 2008 presidential campaign.” We all know Romney has made flip-flopping an Olympic sport, but his hatred of unions has carried over from the primary to the general election.

You see, Mitt Romney is running in a Republican Party that is hard to recognize anymore. Former Florida Governor Jeb Bush said even Ronald Reagan would have trouble fitting in. Union workers are no longer viewed as respectful adversaries across the negotiating table. They are bottom lines to be squeezed. To the Romney camp, fair wages, decent benefits, and a safe workplace are not rights, but special perks. Today’s Republican Party — and their corporate backers — worship at the altar of profits. Unions need not apply.

There is no one better to carry the profits over people mantle than Mitt Romney. He made his millions closing down American companies, firing workers, and shipping jobs overseas. He has exploited every possible tax loophole, stashing his money in places like the Cayman Islands to avoid paying his fair share. As a result, despite being a multimillionaire, he pays a lower tax rate than the average worker. His choice of a running mate, Paul Ryan, whose budget has been referred to as Robin Hood in reverse, further demonstrates that Mitt Romney intends to bring this top-down philosophy to the White House.

In Romney’s America, there is no place for unions. He says he loves teachers, but has spent his entire campaign criticizing teachers’ unions. What Romney fails to understand is that the teachers are the union. I am not the UFCW. It’s the cashier bargaining for better wages and the meatpacker fighting to get the safety equipment they need. That’s what a union is. So when Romney talks about going after “union bosses,” it’s the worker who had the courage to form that union who is really in danger.

That’s what this election comes down to. President Obama stands with workers. And Mitt Romney cannot stand them. Choose wisely.