[Editors Note: This is part one of an exclusive LaborPress interview with UFOA President Jake Lemonda]

New York, NY –  For Jake Lemonda, new head of the Uniformed Fire Officers Association [UFOA], there are times when September 11, 2001, seems like a long time ago – and other times it feels like only yesterday when the air was “filled with poison and the ground was still shaking with terror.”

Despite the unimaginable horror of that terrible day, first responders and other trade unionists throughout the city put their own safety aside, and rushed in to help. Now, the head of the UFOA is hoping the nation’s elected officials can muster up a scintilla of that same kind of courage, and extend the Zadroga 9/11 Health & Compensation Act – legislation aimed at helping 9/11 heroes.

Lemonda, 57, recently sat down with LaborPress knowing that just a short time earlier, three retired firefighters suffering from 9/11-related illness had all died on the same day. Their untimely deaths adding to the over 90 other FDNY souls who have succumbed to illnesses stemming from their 9/11 heroics.

“We were told, ‘Don’t worry. The air is safe to breathe,’” Lemonda, said. “Does anyone really think that air was safe to breathe? Is it just a coincidence that everybody is coming down with all these different types of cancers?”

Thirteen years ago, the FDNY immediatley lost 343 people at Ground Zero. The Port Authority lost another 37, and the NYPD 23. Since then, however, hundreds of others have been diagnosed with life-threatening illness directly related to the toxic stew that hung over Lower Manhattan after 9/11.

The Zadroga Act, signed into law three years ago, ensures that those affected by 9/11 continue to receive monitoring and treatment services for serious health problems. But the legislation expires in 2016, and needs to be renewed in order for uninterrupted coverage to continue.

But more than a decade-old “United We Stand" and “Never Forget” slogans not withstanding, 9/11's heroes are in danger of being lost in the shuffle, as continuation of Zadroga coverage becomes just another political football subject to partisan Washingtonton, D.C. dithering and obstructionism.

“This should not be a political issue,” Lemonda said. “[America] was knocked to the canvas that day. Elected officials need to set their politics aside, and say unconditionally, ‘We need to support the people who came down and worked, and helped us get off the canvas.’”

Lobbying in favor of Zadroga coverage is continuing in earnest, with last month seeing New York City Mayor Bill de Blasio and bipartisan members of Congress all rallying together in support. Opposition, remains, however.

“This is not just a New York Issue,” Lemonda said. “It transcends state lines. [After 9/11] we had people respond as far away as California – probably even further. Let’s provide the funding to help the people that are sick now – and who are going to get sick in the future.”

Numerous studies and expert analysis completed since 9/11 have attested to the disastrous affects of Ground Zero toxins on first responders. Just last month, the National September 11 Memorial & Museum removed three panels from an exhibit because they appeared to equivocate the link between those toxins and 9/11’s ongoing devastation.

“[Continuation of Zadroga coverage] has to happen because this is what we do in this country,” Lemonda said. “Just like when there is any other emergency or crisis – Americans do what we’re supposed to do. Let’s take the politics out of this – let the politicians be as brave as all those people that responded that day.” 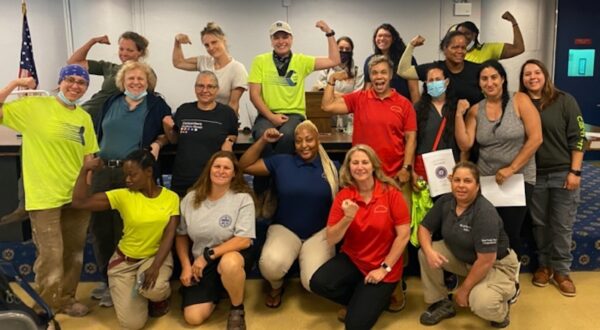