The van that struck one of our clients pushed his vehicle into a Bronx intersection, over a curb and onto a sidewalk. Injuries from the crash never fully healed and have consigned our client, a police officer, to a desk job at the police department, even after two spinal surgeries.

Fortunately this police officer came to Dinkes & Schwitzer. William Schwitzer, our lead trial attorney, sued and recovered $3.3 million for our client and his family.

On the day of the accident, our client was driving eastbound on East Tremont Avenue, as he crossed the intersection of the Cross Bronx Expressway a van broadsided his vehicle. The driver of the van and our client disputed the status of the traffic signal. Our client said that he was stopped at a red light and rolled forward only after it turned green — that’s when the van struck his vehicle. The driver of the van, an employee of the New York Public Library, claims he had the green light when our client drove in front of him.

After the accident, a fellow police officer brought our client to the hospital. Pain in his back and neck kept him home for days. He then began treatment with a chiropractor and a physical therapist, missing a full month of work. But pain continued to plague him even after his return and an MRI revealed a lumbar disc herniation at L5/S1.

Surgery kept him home for another month. Then he took a desk job with the police department — but the pain continued. Even after undergoing another surgery, the pain continued to disrupt his life. He could no longer fish or play basketball. He was unable to help his family around the house.  His life had changed forever.

The defendants claimed his injuries pre-dated the accident. But in the end Dinkes & Schwitzer recovered $3.3 million even though our client had returned to work after the accident. 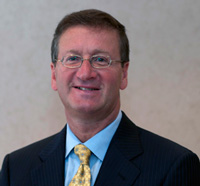 Dinkes & Schwitzer is dedicated to protecting the rights of the injured against insurance companies and big corporations. With over 80 years of Courtroom experience we’ve recovered hundreds of millions of dollars for our clients and we may be able to help you too. Our lawyers, including William Schwitzer and John C. Merlino are strong-compassionate activists for many labor organizations and their members – they will fight for what you deserve. Visit us at: www.dandsatlaw.com or call: (718) 781-8389 or (212) 683-3800.