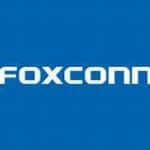 build a factory for flat-panel display screens in Wisconsin. But before the euphoria over this unfinished deal overtakes us, there are some factors we should consider.

As an employer in China, Foxconn earned notoriety when it came to light that the company had installed nets on the high-rise dormitories it uses to house workers to prevent deaths from suicide. The intensity of the job drove workers to distraction and depression. The message: Even if these are good-paying jobs, they may not be good ones.

Moreover, Governor Scott Walker has agreed to offer Foxconn up to $3 billion in subsidies. The New York Times calculated this would amount to $15,000 to $19,000 annually per job. The usual incentive for investments like this, according to a quoted expert, is $2,457 per job.

There is no agreed-upon estimate of how many jobs will actually be created, and no guarantee that the number of employees won’t decrease over time as manufacturing moves evermore toward automation.

Certainly, there is no guarantee that these jobs will be union jobs—quite likely the opposite. In fact, the Walker administration has acted to overturn the prevailing wage system which prevents contractors from using government subsidies to lower construction bids. A big project like this will encourage non-union contractors, thus potentially pushing down wage rates in the industry.

It remains unclear where the $3 billion will come from. But it is worth noting that, for years, the Republican-controlled state Assembly and Senate have preached fiscal responsibility and railed against spending when it comes to education, health care, and transportation.

Let’s think about this a moment: Is there some way the state could invest $3 billion that would generate more wealth, more jobs, and better economic growth throughout the state?

The answer is most probably “yes.” A billion dollars for the University of Wisconsin System, for example, could mean lower tuition and more investment in research. The huge success of biotech spinoffs from university research has created more jobs for Wisconsin than those envisioned by Foxconn.

Or think of a billion-dollar investment in a modern rail transportation network linking the cities of Wausau, La Crosse, Eau Claire and Green Bay with Chicago and Minneapolis.

Finally, we should remember that Foxconn has a history of making big promises and then not following through. As the Washington Post reported, “In 2014, the company signed a letter of intent to invest up to $1 billion in Indonesia. That investment has yet to occur. That same year, Foxconn said it planned to invest $5 billion over five years in India, creating 50,000 jobs. But three years later, Foxconn’s investment has amounted to only a small fraction of its original promise.”

Does spending $3 billion for one company make sense? Probably not. What Wisconsin needs is an economic development strategy, not a willingness to dispense handouts.

Frank Emspak is a professor emeritus at the University of Wisconsin-Extension, School for Workers, and executive producer of Workers Independent News. This column was distributed by the Progressive Media Project, affiliated with The Progressive magazine